HomeUncategorized Why Lindsay Lohan Wants Me Bad, or, How I Lost 80 Pounds in 3 Steps

Why Lindsay Lohan Wants Me Bad, or, How I Lost 80 Pounds in 3 Steps 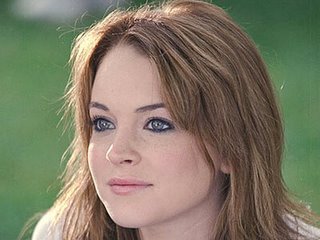 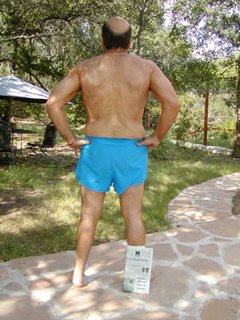 Several people want to know how I managed to lose 80 pounds and become the Charles Atlas of the Internet.

I think Lindsay Lohan is one of them.

I saw her the other night.

I could tell from the way she looked at me through the television that she has the hots for the new me.

She was on Jay Leno, but I know she was thinking about me.

She, like everyone else, wants to know my secret.

At least not today.

I’m putting together my story and my system as a new info product I’ll offer to the world in ’06. I plan to make an infomercial, too. Look out Tony Robbins. Here comes Mighty Joe Young!

I did a lot of things to change my life. Some of them were unusual and esoteric. (What would you expect from a guy who wrote Spiritual Marketing and The Attractor Factor?) I also gave up being Italian, but that’s a whole other story. For now, here are the three essential keys to weight loss in case you just can’t wait for the whole system:

1. Everyone needs an exercise program.

I found my exercise program in the Body for Life fitness contest. Bill Phillips started it, and later sold it for enough money to buy his own planet. God bless him, for he has helped millions of people. His program lives on, now going into its eleventh year. The people who have completed the 12-week program are overwhelming evidence that change is possible and the program works. I looked at all their before and after pictures, all of average folks like you and me, and thought, “If they can do it, I can do it.” I’ve been in four contests so far. They map out what to do and have lots of support. I’ve added to their support by hiring trainers, such as famous body builder Frank Zane and Body for Life winner Jeremy Likness. See www.bodyforlife.com

I knew I had to do something about my emotions, beliefs, and mindset toward weight loss and exercise, or else I’d just be on another diet that wouldn’t work. (I was in the Body for Life contest ten years ago but didn’t last three weeks. A fitness program alone isn’t enough.) I also knew that food is an addiction, but rarely acknowledged as such. We use food for comfort, safety, escape, diversion, reward, release, and more. I’ve been a food addict. I needed help. I’m forever grateful to Steve Siebold for creating The Mental Toughness Institute for Weight Control. This program elevated my consciousness. I took it three times, mostly for the weekly telephone support and to reprogram my mind. It helped me see that my body wasn’t destined to genetic programming, but to belief programming. See www.mentaltoughnessinstitute.com

3. Everyone needs an eating program.

This one can be tricky. A lot of information out there is contradictory. I began my weight loss adventure by simply cutting calories. That was enough to get me going. Then I followed the body builder’s advice of eating mostly protein. Then I learned from a dear friend, a physician, that his rule is, “No grain and no cane,” meaning no sugar and no wheat. I still follow that one, adding in “No dairy,” too. The same doctor introduced me to the Paleo Diet, which is often called the Caveman Diet. The Paleo rule of thumb is this: If a caveman can eat it, then you can eat it. A caveman wouldn’t eat a pizza because he could never find one, but he’d eat any animal he could catch. So lean meat is okay. These days I’m living a combination of high protein/Paleo Diet. I also eat something, however small, every two to three hours. As long as I do, I never feel hungry and I’m never (well, rarely) tempted to stray. And even when I am tempted to stray, I don’t. See http://www.paleodiet.com/

All of the above are the three essential keys I’ve found to lose weight.

Of course, I’ve left a few very important things out. For example…

If you aren’t motivated to change, then nothing will work. No diet. No exercise. No plan. No way.

If you have motivation, then any diet, exercise, or program will work.

When you have motivation, you won’t be tempted at holidays when desserts are put before you, or at birthdays when the cake is passed around, or at social gatherings where others are forgetting their figure in order to be accepted, or when it’s raining out and you don’t feel like going for a walk.

Where do you get the motivation to change?

So, where do you get the motivation to change?

I’ll reveal that, and the rest of the secret formula for permanently losing weight, in ’06.

You didn’t really expect me to give away the farm in this free blog, did you?

PS – Get more information about my physical transformation, including seeing before and after pictures, at www.GladiatorGym.com

PPS – If you really can’t wait for my system to be released, which means you must already be motivated to change, then go see Harry Johnson’s terrific program “Beyond Genetic” at http://www.thehealthandfitnesschannel.com/go.cgi?323355 He’s another Body for Life winner, and a wonderful guy, as well. Tell him hi from Charles Atlas. (You know, me.)

Visit Dr. Joe Vitale’s blog for his stimulating thoughts on marketing, copywriting, metaphysics, hypnotic writing
and oh so much more. If you like the free articles on this blog, let Joe know by buying him his
favorite gift – an Amazon gift certificate. Click Here!