Homelaw of attraction When Law of Attraction Fails

Hybrid cars are coming out of the floors and ceilings these days. While I’m still excited (and still waiting) for the Scorpion, that incredible hydrogen-gas super exotic car being made for me, I’m also keeping my eyes open for other green auto innovations. When Porsche announced its 918 Spyder, a battery-gas hybrid futuristic super car, the entire car world sat up and took notice, including me.

The thing is, the car might be an illusion.

After the Porsche 918 hit the cover of many magazines, including Automotive, I went looking for it. According to one article, if Porsche got 1,000 firm orders for the car, they’d make it.

Wasn’t the car already made?

Anyway, I wanted to be one of those buyers. I went online and searched. I couldn’t find a single site where I could place my order. Weird.

I called a Porsche rep in Houston I met recently. He had no idea how to order the car and barely knew as much as I did about it.

I contacted Porsche in Austin. An upbeat salesperson there called me back. He had seen me on the cover of Austin Fit magazine and remembered me and the Scorpion (below). But he was in the dark about the Porsche 918. 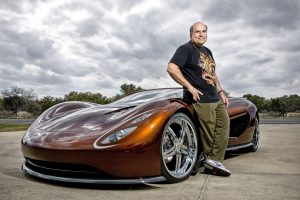 Meanwhile, I went online to the Porsche corporate site and sent emails to every manager I could find.

No one wrote me back.

Then a friend forwarded an article to me about Porsche now having 900 orders for their new car. I was frustrated.

How are those 900 people placing their orders?

I decided to write the reporter who wrote the article. He instantly wrote me back, giving me two key contacts within Porsche HQ’s itself.

I wrote both of them.

I gave each my office phone, private mobile phone, and my email address.

So far, neither has written back.

What am I to make of this?

Maybe Porsche is just photo-shopping a car into existence to drum up publicity for their other hybrids coming out in a few months.

Maybe Porsche is like so many big corporations, just not communicating with all their other departments.

Maybe I’m not supposed to have the Porsche 918 hybrid.

I have to admit that from a Law of Attraction standpoint, the latter explanation seems to make more sense.

Let’s dig into this a bit…

I’ve said many times that the meaning you give an event is the belief that attracted it.

Again, as I’ve said and written many times, and recorded in such audio programs as The Secret to Attracting Money, the meaning you give an event is the belief that attracted it. 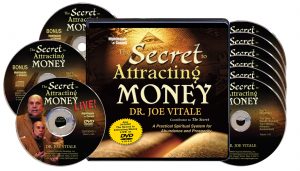 What was the meaning I gave this event?

What did it mean that I was/am having trouble placing an order for the Porsche 918?

I had to really think about this. The answer wasn’t instantly there. But after a little reflection, there it was.

Truth is, I’m still excited and eager to finally receive the Scorpion. While the wait has been seemingly forever — they’ve been telling me “thirty days” for years now — the car is worth the wait.

I’ll have the second one they make. It’ll be an honor, a collectible, and a historic moment – on the level of owning one of the few Tucker cars in existence.

In short, the Law of Attraction is always working – just not on the conscious level you may have thought.

This all boils down to trust.

While I could muscle my way into ordering the Porsche 918 – by maybe flying to Porsche company headquarters and handing them my order – it’s clear I’m getting a different signal.

All these bumps and blocks aren’t there by accident. They aren’t saying Law of Attraction doesn’t work. Instead, it’s working just fine.

Don’t blame gravity when you trip and fall. It’s working. You weren’t watching where you were going.

Don’t blame Law of Attraction when you don’t get what you want. It’s working, too. You’re simply getting what you unconsciously want.

As always, the whole idea here is to awaken.

Awaken to our inner power, our inner Divinity, and maybe our inner race car.

PS – While writing this very blog post, my server went off line and lost my writing, which wasn’t completed with the ending insight above, but was still important. It gave me pause. I wondered why it seemed like I couldn’t even write about not attracting the Porsche 918. Then I realized, again, that I really want the Scorpion. Once I got the lesson, I no longer needed the experience. The blog returned. The Porsche 918 remains a ghost. The Scorpion will appear when it appears (or something better will). All is well. Life continues. And I have plenty of other cars to drive anyway. So there.