Homelaw of attraction The Abundance Paradigm

I just recorded my latest audio program for Nightingale-Conant. It’s called The Abundance Paradigm. It explains how to move from the Law of Attraction to the Law of Creation. It’s a complete course of in-depth clearing, with powerful original processes I’ve never shared before. It’s my most experiential and spiritual program yet. You’ll love it.

I’ll tell you more about it later (it releases late October) but want to share the following insight with you today:

Truth is, once you make the shift to living in The Abundance Paradigm, attracting your highest good is as easy as breathing. It’s natural. It’s your new way of being. You no longer even think about affirmations or visualizations or intentions. You simply live from the new you.

But how do you make that shift?

My new program explains how. It goes beyond The Attractor Factor or Zero Limits or ho’oponopono. It also goes beyond The Secret. It takes you right into the background of life, what I sometimes call The Whiteboard.

Said another way, in the beautiful movie Karol: A Man Who Became Pope, a Russian atheist tells the future Pope John Paul II that there is nothing out there. 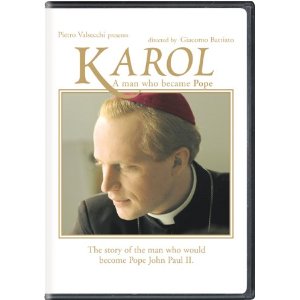 Karol replies by saying, “What you call nothing is what I call everything!”

And there’s the secret to attracting abundance through higher consciousness.

Once you realize the Whiteboard is the source of it all – the everything of life – you are only one step removed from living from it or even as it.

The Whiteboard, you see, is alive.

And that’s where you experience The Abundance Paradigm.

PS – I have several bestselling audio programs with Nightingale-Conant, including The Missing Secret, The Secret to Attracting Money, and The Awakening Course. Visit their rich catalog of gems by clicking right here.