Homeloa The Secret of Wealth Attraction

The Secret of Wealth Attraction

How do you use the the law of abundance and the law of attraction to attract money or attract wealth?

Wealth attraction is all about understanding the hidden secret of money.

In short, money will match your mindset.

Let me repeat that:

Money will match your mindset.

You need to understand that you have a mindset toward money. It is in your unconscious. It is either attracting or repelling money to you. Change that mindset and you can have more money. I’ll be explaining all of this in my next book, Attract Money Now, but let me talk about this a little right now. 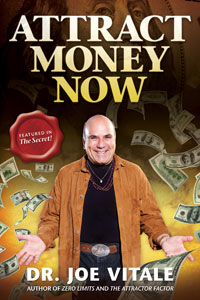 Recently I went to Ohio and witnessed a meeting designed to end poverty. It’s working, too. It’s the heart-child and brain-child of Scott Miller, who wrote the mind-stretching book, Until It’s Gone.

Scott teaches people in poverty that they have a hidden mindset toward money that is keeping them broke. They think in terms of scarcity, panic, fear, threat, lack and limitation. They also think in terms of victimhood.

But people in the middle class have a mindset toward money, too. They think a little more broadly, but still think in terms of limitations and fears. People in poverty can’t see past the fear of the moment. People in middle class can’t see beyond the job wage they get.

Wealthy people also have a mindset toward money. They may think more abundantly, but often they aren’t thinking of others. They, like most people, are focused on their survival, only on a more luxurious level.

In order to attract money or attract wealth, you have to awaken from your unconscious programming. The secret to using the law of abundance or law of attraction is to expand your relationship to money and wealth. Become aware of the hidden beliefs and then change them.

Here are three ways to do just that:

1. Get The Secret to Attracting Money. This is my in-depth audio program on attracting money. It contains everything from a money attraction IQ test to a practical and spiritual system for becoming a money magnet. It works.

2. Get my free book Attract Money Now. I’m writing this to help you. I plan to give it away. It will reveal a proven seven step formula for attracting money that will work for anyone who uses it. Yes, even you.

3. Get a Miracles Coach. Nothing works faster or better than having a coach. This is the #1 secret to success of every major player you can name. Get a coach and transform your life.

In short, you can attract more money — a wonderful tool for helping yourself and others — by simply becoming more awake. And you begin the process of awakening by taking action right now.

What are you going to do next?

PS – You can implement the law of abundance and law of attraction to attract money or attract wealth by using this secret: take action. Most people don’t. Go get my next book — it’s free — Attract Money Now.