I’ve been offering masterminds in my Rolls-Royce Phantom for about a year and a half now. ABC News filmed one of them last January when fitness celebrity model Jennifer Nicole Lee was the rider for the night. 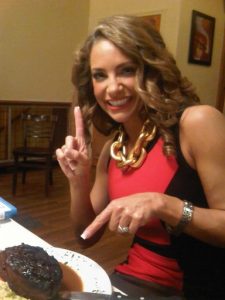 These masterminds are amazing, unusual, unforgettable, stimulating, profitable and productive – to say the least.

They are idea fests. We brainstorm everything from product ideas to marketing strategies, from copywriting to spirituality, from Internet marketing to the Law of Attraction.

Since I’ve written about fifty books, in the areas of marketing and self-help (from The Attractor Factor to There’s A Customer Born Every Minute to coauthoring the definitive book on masterminds titled Meet and Grow Rich, with Bill Hibbler), our masterminding evening can touch on any or all of these areas – and more. I just let inspiration lead the way.

During these one-of-a-kind events I’ve met some of the nicest people in the world, too, who have flown in from all over the world – from Japan, France, Switzerland, Italy, etc.

I love these events.

Now that I have an even rarer car in the 2008 Spyker c8 Laviolette — the only car of its type in the world — I thought I would offer the Spyker Mastermind experience. 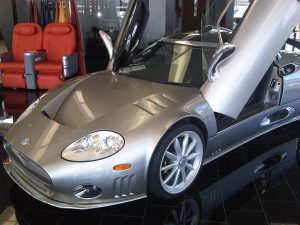 The difference here is the car. I saw it in person two months ago and haven’t been able to forget it. So I attracted it. Spyker is a handmade car from Holland. Only about 30 exist in the USA. It’s a James Bond-ish street jet built on airplane technology, and the one I now have is as rare as a car gets.

The Spyker is not a Rolls-Royce, though it’s just as divine, and just as expensive. Since it’s a two-seater coupe, I can only have one passenger, and you need to be OK with a tight space for at least the ride to and from dinner.

Here’s some promotional info on this unique car: 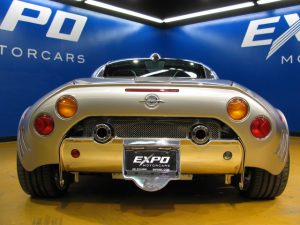 The C8 Laviolette seats two in its luxurious quilted Connolly leather interior and features a unique glass canopy reminiscent of a fighter planes cockpit. Two separate compartments keep the driver and passenger slightly apart, delineated by a chrome bar that bisects the unique chrome gearshift lever. The C8 Laviolette’s 4.2-liter V-8 engine from Audi produces 400-horsepower and 354 foot pounds of torque, goes 187 mph, and can accelerate from zero to 60 mph in just under 4.5 seconds with a six-speed manual transmission.

In 1914 Spyker merged with the Dutch Aircraft Factory N.V., and from that moment on their design has been heavily influenced by airplanes and aerodynamics, as seen in the Spyker logo consisting of an aircraft propeller and a wire wheel.  Spykers are the ultimate statement of individuality; a creation of timeless beauty in the form of a state of the art technology package with spectacular performance. Every Spyker is as much an individual as its discerning buyer, hence Spyker’s slogan, ‘Crafted For Individuals’. “ 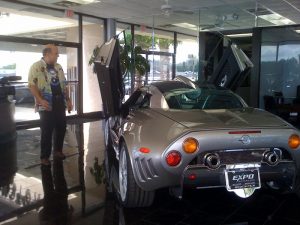 If you’re interested in a Mastermind evening with me in my Spyker — or in my roomier Rolls-Royce Phantom – just notify my office and we’ll set a date for your experience.

In fact, I have several cars, and you can choose the vehicle you’d like to experience for your very own mastermind evening. 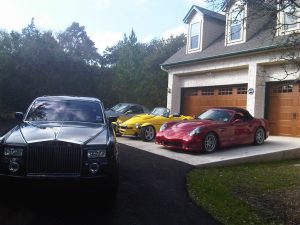 Again, just contact my office right here or see this site about the Mastermind evening.

You can get a feel for the Spyker I attracted with this short video: 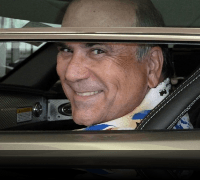 PS – You can learn how to use the Law of Attraction to attract a new car over at http://www.attractanewcar.com