Someone commented on my recent blog post about believing in magic, wanting to know about ancient warriors who wore magic vests to protect themselves from arrows or bullets. He felt they were into “magical thinking” and not into reality.

I found that odd.

For one thing, if I were really going into battle, I’d wear anything at all that promised to protect me. I’d quickly put on a “magic vest.” I’d wear spaghetti strands on my head or a necklace of rabbit pellets if I thought it would help me.

After all, I’d be going into battle.

I think you’d be a little silly not to do whatever it took to feel stronger, from praying to rituals to ornaments to you name it. I mean, come on, anything that helps you get through such a terrifying experience as war should be acceptable.

But let’s look a little deeper at my friend’s comment.

When is magical thinking a problem?

My research in placebos — defined as “A harmless pill, medicine, or procedure prescribed more for the psychological benefit to the patient than for any physiological effect” — confirms that when you believe in something, your belief tends to make it come true.

There are even shocking scientific studies that prove when many people with knee problems were led to believe they had knee surgery — but in fact did not have the surgery– they actually got better. (!) (See http://blogs.discovery.com/good_idea/2008/05/placebo-surgery.html)

There are even more recent studies that reveal a placebo will work even when you know it is a placebo. (!)  (See http://www.guardian.co.uk/science/2010/dec/22/placebo-effect-patients-sham-drug)

This isn’t news. I’ve known about the power of belief since the 1960s, when I first read Claude Bristol’s masterpiece, The Magic of Believing. Your belief molds reality. Believe something is true about yourself or your world and you’ll tend to attract the circumstances to match it. 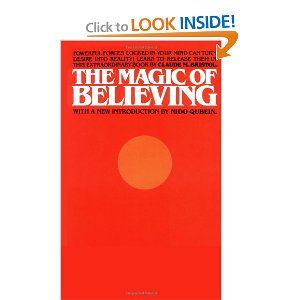 You Attract What You Believe

This works with negative beliefs, as well.

The “nocebo” is a negative expectation and will just as easily create a match to it. In other words, if you believe things will go wrong, or something will have a harmful effect, you will tend to attract that expectation. (See http://www.washingtonpost.com/ac2/wp-dyn/A2709-2002Apr29)

This leads to an interesting predicament:

Yes, you may be deluding yourself when you wear a magic vest or a blessed ring. But that very “delusion” is the belief that will help you go through your life with strength, and it may even be the extra edge you need to help you survive and prosper.

Put another way, what’s your alternative?

Go into battle with nothing?

Go through life with no power?

Since your belief is the controlling element here, you are free to believe in the positive, or the negative, or “nothing” at all. (I put the word “nothing” in quotes as even believing in nothing is believing in something. It’s still belief.)

Some think the great god called Science is the be-all and end-all of what’s “real.” Yet science is always coming to conclusions that conflict previous conclusions. And the current science behind placebos proves what you believe is more important than the so-called “reality” around you.

In fact, if science were the deciding factor on reality, why don’t all scientists agree?

Gee, I thought science was the final verdict.

I quit reading popular science magazines like Psychology Today because it was apparent they simply reported recent studies. Stick around long enough and you’ll find new studies to conflict with the old studies. And so it goes.

Ever since I released my book and audio program titled The Awakening Course, I’ve stressed that reality is an illusion. This isn’t new, either. Buddha and others, especially non-duality teachers, say the same thing. When you come from the fourth stage of awakening, you see the illusion.

As Einstein said, “Reality is merely an illusion, albeit a very persistent one.” 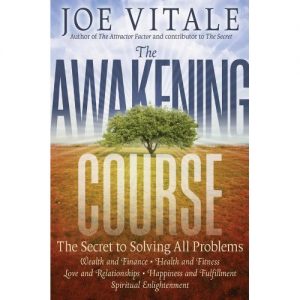 The goal is to awaken

Both reflect your beliefs.

Both, at essence, are reality.

After all, the “reality” you see is viewed through your perceptions, and those perceptions are made from your beliefs.

If you’ve met me, heard me speak, viewed my pictures, or seen me on television or in movies, you know I wear rings and beads. I personally believe some of it is for branding, some of it has some real esoteric mojo in it, and I believe it helps me.

In fact, whenever I speak in public, I wear a special gem made in part from the Gibeon meteorite. That meteorite is older than planet Earth. Estimated about four billion years old. It’s beautiful, and I can feel extra energy when I wear it. It was also a gift from Nerissa a decade ago, so it has sentimental value, too. (You can see me wearing it on the cover of my book, Instant Manifestation.)

What’s most important about it?

My belief in it.

I’d rather believe in a magical universe and see my life blossom with miracles then walk through it fearing every turn of a leaf.

Rounding back to my friend who posted the comment about “magical thinking” possibly being bad for you, I want to remind him of the Sufi saying, “Trust in Allah, but tether your camel first.”

That means to trust in your “magical vest” but also do whatever it takes to take care of yourself.

This is what co-creating reality is all about. Yes, there’s magic, and yes, there’s your actions in the physical world. The wisest thing would be to blend the two.

The only real danger in magic is relying solely on it.


Shawn Achor, in his book The Happiness Advantage, suggests you wear rose tinted glasses as opposed to rose colored glasses. He put it this way:

“As the name implies, rose-tinted glasses let the really major problems into our field of vision, while still keeping our focus largely on the positive.”

I’ll end by quoting Bruce Barton, the subject of my book, The Seven Lost Secrets of Success. Barton wrote the following in 1927 in his own book, What Can a Man Believe:

“Faith in business, faith in the country, faith in one’s self, faith in other people – this is the power that moves the world. And why is it unreasonable to believe that this power, which is so much stronger than any other, is merely a fragment of the Great Power which operates the universe.”


In short, if I were going into battle, I’d definitely put on a magic vest and I’d do everything else possible to stay safe.

The magic vest may or may not have power in and of itself, but my believing in it will have power.

Said another way, a placebo isn’t actually real, but the placebo effect is.


Have faith and tether your camel.

PS — If you want help in understanding and applying this thinking, consider Miracles Coaching.