According to Mitch Horowitz, in his new book, One Simple Idea: How Positive Thinking Reshaped Modern Life, the phrase “Law of Attraction” was first used in 1855 by a trance medium named Andrew Jackson Davis.

That was news to me.

I have an entire library of vintage New Thought, metaphysical, and spiritual books, yet never heard of Davis.

Apparently Davis went into trances and dictated metaphysical messages. His medium side channeled a large body of work, including a six-volume set of spiritual laws called, The Great Harmonia.

In volume four, Davis used the term “Law of Attraction.” But Davis meant the law to refer to the kinds of spirits you attracted to yourself after you died and went to the other side. His term had nothing to do with the cause-and-effect law we think of today.

Prentice Mulford, an early New Thought author, mentioned it in his famous book, Your Forces, And How to Use Them.

In 1897, Ralph Waldo Trine used the term in his classic book, In Tune with the Infinite.

And Helen Wilmans used the term in her 1899 book, Conquest of Poverty.

But the biggest push in getting “Law of Attraction” into mainstream thinking came in 1902, when William Walker Atkinson devoted an entire chapter to the subject in his book, The Law of the New Thought.

As you can see, the term has been around a long time.

Of course, the core LOA (Law of Attraction) concept of “your thoughts create reality” goes all the way back to Buddha, Jesus, and ancient cultures.

Only the phrase “Law of Attraction” is relatively new – at least from 1855, if Mitch Horowitz’s research is accurate (and I believe it is.) 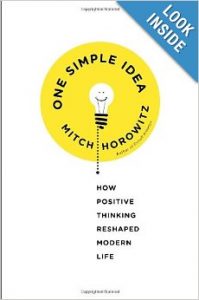 All of this reading and research caused me to go back and re-read some of my favorite LOA authors, to be reminded of their stories and secrets.

One of them is Brown Landone, a prolific author who lived almost 100 years and wrote such gems as The Success Process and How to Turn Your Desires and Ideals into Realities.

In my 1927 copy of The Success Process, Landone uses chapter three to explain “The ‘Doing Process’ Which Always Succeeds.”

I smiled to see how much focus he put on taking action, one of the most overlooked steps in many modern Law of Attraction groupies.

But Landone spelled out that the kind of action you need to take is what he called “idealized doing.”

For him, you began with “vivid imagining.”

That meant using all your senses to experience the end result of what you wanted to attract.

But the next step was to envision the process of getting there.

While you may not know all the steps needed to attract or achieve a specific intention, the more you could use your senses to see the ideal action to take, the easier it would be to guarantee success.

“Your ideal of the end you desire to attain is the ‘star’ to which you should hitch your wagon of attainment. But, very much depends upon the way in which you do the hitching. Idealized doing always succeed.”

I love the fact that Law of Attraction has gone mainstream, thanks to movies and books like The Secret, and my own books such as The Attractor Factor, but I’m often dismayed that people have a superficial understanding of it.

For example, too many LOA practicioners think all they have to do is sit and visualize and what they want will “just appear.”

The love of your life might ring your doorbell.

But more often than not, you have to help the process along with inspired action.

Go to a car dealership.

Another example of an LOA fallacy is believing you get what you consciously think.

In reality, you attract what you unconsciously believe.

I’ve said it many times —

An unconscious counter-intention will always veto a conscious intention.

You can affirm “Money is coming to me” all day but if you unconsciously believe “Money is bad,” then you will not attract more money, or if you do, you will get rid of it fast.

Your unconscious is far more powerful than your conscious. You have to work with it to clearly and quickly manifest the results you prefer.

These points are just minor examples of the depth behind the Law of Attraction that most people aren’t at all aware of yet.

What can you do to understand LOA and use it correctly?

In my opinion, nothing is more powerful than having your own Miracles Coach.

Meanwhile, if you’ve tried to harness the Law of Attraction’s power in your own life to attract money (or anything else) and feel you’ve “failed,” then you need to see this all-new video from me http://428155.vitalesecrets.com?subid=missinglink

PS — Some say the brief video you’ll see at this link is the most eye-opening they’ve EVER seen. Others say they just love the vest I’m wearing. http://428155.vitalesecrets.com?subid=missinglink What do you think?