Homelaw of attraction loa Secret The How of Intention

The How of Intention

The area people get hung up the most with the Law of Attraction is “the how” of it all.

Meaning, they set an intention and then wonder and worry about what to do to actually manifest the end result.

They want a how.

As I wrote in in my book The Attractor Factor, after you state a clear intention, your final step is to let go while taking inspired action.

What does that mean?

Here’s an example to help clarify the point…

After my personal trainer, Scott York, and I met and spent time at my home with legendary bodybuilder and actor Lou Ferrigno, we speculated who we’d like to meet next. Hanging with Lou for hours was a highlight of my life. He was charming and open. I’ll never forget it, or him.*

Who did we want to see next?

The obvious answer for us was the legend himself, a man who even inspired Lou: Arnold Schwarzenegger. 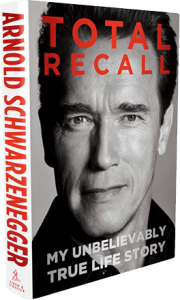 We had both finished reading Arnold’s autobiography, Total Recall, and was in awe of the man and his accomplishments. Arnold’s list of record breaking successes is staggering.

Even at age 65, he’s not slowing down. He has new goals, new passions, new projects, new movies, and a relentless drive to achieve more.

We decided we wanted to see him.

That was our new intention.

But how would we achieve it?

We didn’t fret over how it would happen. We didn’t make plans, or calls, or ask people for introductions. I could have done that. After all, I know people who know Arnold. I could have reached out and started to shake the trees, looking for my intro to Arnold.

But I didn’t do any of that. Neither did Scott.

We didn’t feel inspired to do so.

When I say “let go and take inspired action,” it means let go of any attachment or addiction or need for the end result. This requires faith. It requires trust. It requires a knowing that the intention will manifest, but in its own time and place. Or something even better will come along to replace it.

We let go of any “how” to make it happen.

But that’s only part of the formula.

And at the same time, when you are inspired, act.

One night Scott was fooling around on his iPhone, just browsing emails while his kids played and watched television. As Scott thumbed through all the emails, he saw one that said, “Want to see Arnold?”

Scott couldn’t believe it. He thought it was a joke or a scam. But he clicked on the email and read that a local person who has connections in the movie business was hosting the premier of Arnold’s latest action movie, The Last Stand.

Turns out there was a contest where twenty winners could see the movie, and then visit with Arnold (and costar Johnny Knoxville) after the show for a private Q & A.

Scott doubted this was a ticket anywhere, but he took inspired action.

The host wanted a paragraph and a photo of every person wanting to win. Scott completed the requirements. He sent in his photo and such. And then he forgot about it.

Later that same night he received a response by email saying, “You won!”

He was told he could attend the event with a friend.

Scott thought of me.

Together we went to that movie premier. We sat with a few other people and asked Arnold questions about the movie (great), politics (dirty), his goals (many), his future (movies), his exercise routine (daily), and more.

We got our intention!

A clear intention – stated without desperation or need but with a childlike spirit of trust, faith and fun — led to an opportunity nobody could have predicted or orchestrated.

Our job was to take inspired action when it appeared. We did.

That’s how the Law of Attraction works.

What do you want? What would be cool for you to have, do or be?

Arnold said his father taught him to “Be Useful.” That advice has guided his entire life.

What intention can you state that delights you while making you useful to others?

That will kick the Law of Attraction into overdrive. Just don’t worry about how you will accomplish it. When ideas present themselves, act.

So, what is your benevolent intention?

And then let go of it while paying attention to any nudges from within or opportunities that come your way.

When you feel the inspiration to do something, act.

That’s the “how” of making your dreams come true.

* My evening with Lou Ferrigno, complete with photos, is here: http://blog.mrfire.com/dinner-with-lou-ferrigno/