HomeSecret The Princess Behind Fear

The Princess Behind Fear

The songwriting workshop I attended last weekend triggered a breakthrough in me regarding fear.

During the first morning, famed singer-songwriter Ray Wylie Hubbard gave a presentation on his insights from a long career in music. He talked about many things, including fear.

He paraphrased poet Rainer Maria Rilke, from the book Letters to a Young Poet, saying fear was a dragon who turned into a beautiful princess once you faced it. 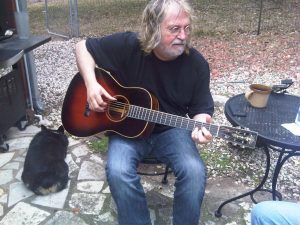 I made mental note of that insight but didn’t do anything with it. I just liked it as a way to reframe fear: it looks scary but it’s a mirage that will turn into something beautiful once you face it.

Later that same day I had a one-on-one session with famed singer-songwriter Kevin Welch. I was telling him about my songwriting and began by saying, “The one thing I’m afraid of doing…” 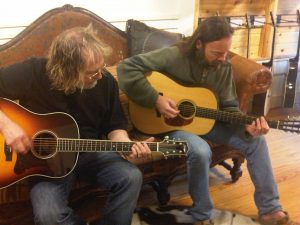 As soon as I heard myself say “I’m afraid,” I stopped in my tracks.

I flashed back to Ray Wylie’s talk earlier the same day.

I suddenly realized that I was saying there was a dragon in front of me and I didn’t want to face it; I was also realizing the dragon would transform into something wonderful once I looked it in the eye.

Right then and there, I owned the very thing I feared.

I announced to Kevin that I was going to do exactly what I feared.

That breakthrough was so deep and undeniable that I still smile when I think of it.

I now feel free and empowered and unstoppable.

Because I faced the dragon and it became a princess.

“Perhaps all the dragons in our lives are princesses who are only waiting to see us act, just once, with beauty and courage. Perhaps everything that frightens us is, in its deepest essence, something helpless that wants our love.”  – Rainer Maria Rilke

Consider: What are you afraid to do?

I’ve often said that your wealth is hiding under the very thing you are afraid to do.

I learned this when I faced my fear of ridicule and released my 2001 book, Spiritual Marketing, which in 2005 became The Attractor Factor, and in 2006 got me into the hit movie The Secret.

My career skyrocketed when I faced down that fear.

Rilke and Ray Wylie are suggesting your fear hides a princess. 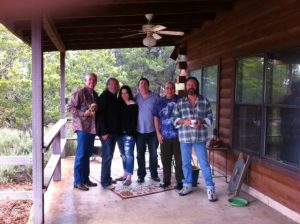 Face your fear — and meet a princess.

PS – If you’re at all interested in songwriting, I highly endorse the weekend retreat held by Kevin and Ray Wylie. It takes you from wherever you are — beginner to advanced — and builds on what you bring to the table. Even Bob Dylan would dig it. I’ll be doing it again. It’s that good. It’s held outside of Austin, Texas, every month, for just a handful of people. Get details right here.