I read a lot. I devour books, old and new, and eagerly hunt for more. I visit Amazon daily and buy almost as often. I’m on a relentless quest to learn, grow and evolve. That said, what were the best books I read or reread in 2013? Here’s the answer:

Arnold’s book is riveting. I read it every night for a week, taking that long to relish every one of its 600+ pages. Not only is the man’s life fascinating and fantastic, but his life lessons are not to be missed. Love him or hate him, he has clearly lived a full life and has much hard earned wisdom to share. I loved this book so much I bought it in hardcover, paperback, Kindle, and even a leather bound, boxed, autographed edition. Read it.

Beyond Cynical by Dr. Loretta Breuning.

Actually, Dr. Breuning wrote three books that are all terrific and all on my “Best Books” list. They influenced my view of the world and myself. Beyond Cynical was the first I read, but I, Mammal and Meet Your Happy Chemicals are equally great. These books reveal that we have a core operating system in our brains not unlike a monkey’s. We are basically animals with wallets and purses. We are unknowingly driven by chemicals spurting in our brains, all designed to insure reproduction and survival. No wonder we do such odd things. I’ve been telling everyone to read at least one of Dr. Breuning’s books. I long to see new books from her, hopefully released early in 2014. True wisdom here. She’s my new guru.

How to Get People to Do Stuff by Susan Weinschenk

I love the brilliant books of Dr. Weinschenk. I interviewed her years ago due to her book, Neuro Web Design. This new book reveals 140 strategies for influencing people, including yourself. It’s fascinating to learn what makes us tick, and how we can be persuaded. I’m sure you want people to do something positive (buy your product or service, clean their room, stop smoking, lose weight, etc), so this book is a gem. Easy to read, too. If I were you, I’d grab all of her books, such as 100 Things Every Presenter Needs to Know. Very practical and breezy reading.

My Life and Work by Henry Ford.

Yes, I know this book came out in 1922, but I read it in 2013 and was inspired by Ford’s focus on serving people, employing people, and making a difference in the world. I also know his personal views of aspects of society were appalling, but I learned much about business from this autobiography, written with Samuel Crowther. He had a mind that thought in terms of service and systems, with money as a reward for good deeds, and for that, this book is well worth reading today.

Man On Wire by Philippe Petit.

Good Lord, this book caused me to hold my breath for what seemed like hours at a time. It’s the exhilarating true story of a man obsessed with walking a tight rope between the World Trade Center’s twin towers in 1974. It took him six years to plan and pull it off, and once he was (illegally) high in the air, he walked his tight rope between the towers for a full hour. Think of that! His writing style is also engagingly different, which makes this breathtaking book even more fun to read. I loved it.

I first read this gem years ago but I have to put it on the list as I reread it and revisit it regularly and consider it devotional literature. It’s about trusting yourself and life. It’s a brief but deeply stirring read. I find it inspiring. I interviewed the author and found her as sweet as chocolate.

One of the great joys of my life is knowing Bill Phillips. He influenced me with his Body-for-Life contests ten years ago, and he’s doing it again this year with his Transformation Camp. I interviewed Bill this year, have had a few lunches with him, worked out with him, had him speak at my recent event, and know he’s the real deal. His book is wise, and includes processes on forgiveness and more. It’s certainly not just about right eating and exercise. It’s a manual for living a healthy life.  It’s a masterpiece.

I’ve read this little book’s 94 principles, revealing “The Simple Path to Lifelong Security,” several times since I picked it up at an airport. The author is apparently a hotshot on NBC and a contributor to Newsweek, but I didn’t know all that when I bought her book. Anything that can help us be aware of our relationship to money, and how others (including ourselves) lead us into parting with it, is worth the price of admission. A great companion to my own book, Attract Money Now.

Rick Rubin In the Studio by Jake Brown.

I’ll be creating my seventh album (seventh!) in late January, so I want to keep learning all I can about doing my best in the studio. Rick Rubin is the acknowledged genius at producing music that sells and lasts. This insightful volume of articles gives clues to how Rubin operates. The stories about him recording legends such as Johnny Cash, Neil Diamond, Tom Petty, Dixie Chicks, and so many more, are educational and inspiring.

The Book of est by Luke Rhinehart.

I’ve read this book numerous times over the last few decades, but am putting it on the 2013 best books list because it is a classic. Every time I read it, I learn something new about myself, other people, or just how to write a hypnotic book. If you haven’t read it, do yourself a favor and do so today. Just click right here. 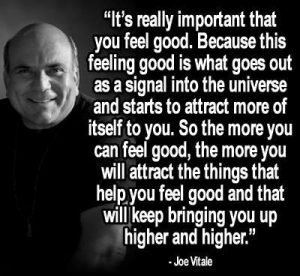 PS – I have numerous books of my own coming out in 2014, most notably the long awaited sequel to Zero Limits, called At Zero: The Final Secret to Zero Limits. It’s listed on Amazon right now. Go see.