I’ve been reading the book, The Einstein of Money, about the legendary investor — the inspiration for Warren Buffett and countless others — Benjamin Graham.

While I’m not personally an active investor in anything but guitars, a couple of cars, and rare books on marketing and metaphysics, I wanted to learn what this icon had to say about money. 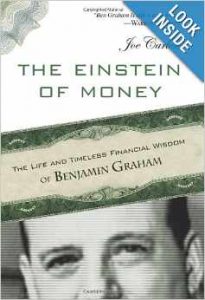 As I was reading it, I was reminded of my own formula for attracting more money.

I failed algebra in the ninth grade (retook it with a different instructor the next year and got straight A’s, thank you for asking), so my formulas are simple.

They need to be, so I can understand them.

Waaaaay back in the early 1990s, I was inspired to learn all I could about Bruce Barton, the now forgotten ad man of the Roaring Twenties, cofounder of BBDO (the giant ad agency), a bestselling author of many books, including The Man Nobody Knows (still in print today), and so much more.

I was fascinated and mystified by the man, his enormous successes, and the strange reality of his being virtually forgotten by the 1960s.

All my research led to my writing a book that became (and still is) one of my most popular ones. 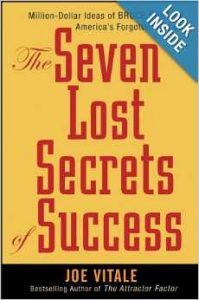 So let’s see how the formula worked in this case:

My Passion urged me to investigate Bruce Barton.

There was no rhyme or reason to it.

No contract from a publisher.

No one paying me. (I was in fact broke at the time and struggling.)

From outer reality, there was no evidence at all that a book on Barton would go anywhere.

But I followed my passion anyway.

When it came time for me to title the book, I knew the Public didn’t care about Barton.

After all, he was already forgotten by the 1930s and dead by the 1960s and a footnote in advertising today.

The Public would not buy a biography of Barton.

What would the public buy?

What was their interest?

I knew from my own interest in self-help, self-development and success literature, that the Public has a solid, always hungry interest in success.

So I titled the book The Seven Lost Secrets of Success.

I used the formula of Passion (my interest in Barton) and added Public (their interest in Success) and created a new product (a retitled book).

But did it lead to Profit?

The book was first published in 1992. It quickly went through numerous editions, being sold to my mailing list at the time (this was before the Internet, so it was all snail mail).

One mutilevel marketing company loved it and bought 19,500 copies of it for everyone in their business. (!)

Later, a big publisher bought it from me and published it.

The problem with most people is that they never focus on passion to begin with.

Money is a lousy motivator.

Passion, on the other hand, is real fire.

But when people follow their passion, they often forget to think of what the public wants.

The public pays for it, so you need to tie your interests to their interests.

You have to find the intersection of your passion and their desires.

While someone later came out with a biography of Bruce Barton, it did not sell well. I’m glad Barton got the attention and respect a biography gives, but from a Profit standpoint, thinking of what the Public wants is wiser. (Actually, if you look at the subtitle of the biography on Barton, you’ll see that the author tried to widen his reach to appeal to the public by not just writing a biography of Barton, but by making it about America itself.)

A lot of my thinking about this developed decades ago, when I read a little book from 1928 called, How to Profit from that Impulse.  While that 68 page book, which was about poetry, didn’t reveal any formula that I remember, it got me thinking about how to profit from your passion. That led, in time, to the formula I just revealed to you.

I’ve applied this same formula to my music.

When I decided to become a musician, I did enough research to shockingly discover that there are 3,000 new albums released weekly. (!)

How would I ever stand out in the crowd?

I looked at my Passion (making original music), thought about what the Public wants (to be healthy and happy), and opted to become the world’s first self-help singer-songwriter.

My Product/Profit became a new category of music that I call Healing Music.

This has paid off with seven albums so far, all doing well enough for me to be encouraged to make more. (And I will, including me playing the saxophone on a future album.) 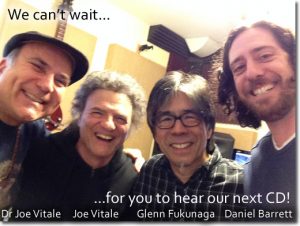 As you can see, the formula works.

You just need to apply it.

Here it is one more time for you to ponder —

Profit equals your Passion plus the Public’s interest.

I’m still reading The Einstein of Money, but doubt Benjamin Graham had much to say about my formula for success. And remember that even high rollers and big time investors are often motivated by something other than money.

As Donald Trump once said –

“Money was never a big motivation for me, except as a way to keep score. The real excitement is playing the game.”

Play the game of attracting money, try out my P=P+P formula, and see what you think.