Homelaw of attraction loa Secret The Words You Long to Hear

The Words You Long to Hear

How do you really attract success in life?

What’s the formula for having, doing, or being what you truly want?

Long term friends who’ve watched me achieve success in several areas — writing, speaking, movies, music, fitness, and more — say my formula for attracting and achieving goals is easy to spot. Basically, it looks like this:

That’s it. And that formula will work for virtually any goal you want to achieve.

Currently I’m deeply involved in the production of my fourth music album. This is fairly startling news, because less than two years ago I had never written a song, or sung a tune, or played more than a few chords on the guitar, or recorded with a band, and so on. Yet today I am recording my fourth album. 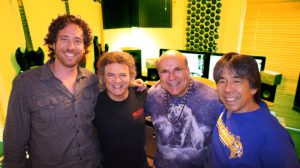 In the studio with some legends of music — music producer Daniel Barrett, famous drummer Joe Vitale, bass player Glenn Fukunaga — everyone was commenting on how much my singing, guitar playing, and songwriting had improved. It wasn’t an incremental improvement. It was a leap ahead.

It was, in their words, dramatic.

And a few days later, when “Guitar Monk” Mathew Dixon came into the studio to play guitar on one of my new songs, he stopped everything to say the words you long to hear.

He then paused and said, “I’m proud of you.”

Tears welled up in my eyes.

I wasn’t thinking about those words, but when I heard them, I knew they were the words I longed to hear.

Mathew went on to explain that he teaches lots of people, but not all do the work. He added, “You demonstrate what you teach. When you decided to become a musician, you gathered your support, you took action, and you stayed at it. Your life reveals the formula for success.” 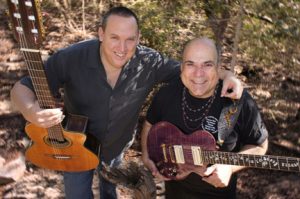 Mathew Dixon and yours truly

I was pretty choked up to hear all of this. But I thought I would share it with you as the lesson is relevant. It reveals how YOU can achieve your goals.

So don’t think this formula is just for me.

Here’s a man who has been playing for over four decades. He’s a master at it. He’s the drummer rock and roll legends call — from Neil Young to Joe Walsh to Sammy Hagar to you name it.

Yet he continues to work on himself, stretch himself, stay sharp with constant action, and more. 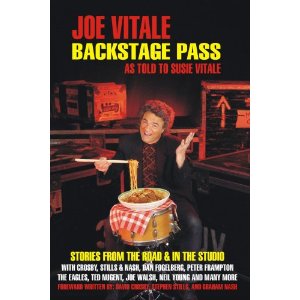 Joe’s an inspiration to me. He knows the formula for success.

What do you want to achieve or attract?

Take each one of those steps and do them.

Here’s how it looked when I used the steps for my music:

1.  Set Intention.  I decided to become a musician. It all begins when you declare what you want.


2. Hire coaches. I put together a team of mentors and coaches. To excel in any area, you virtually always need a guide.


3. Clear Fears. I had fears bubble up. Self-doubt, lack of faith, negativity. I relied on my coaches and my background in self-help to erase all the fears as they arose. The more you get clear, the faster you attract.


4. Take action. I took guitar and voice lessons, I attended a songwriting seminar (with Ray Wylie Hubbard and Kevin Welch), I hired a famous singer-songwriter (Lee Coulter), I bought books, I wrote songs, I practiced every day.


5. Persist. I continued to take action, rely on my coaches, clear fears, etc.

As a direct result of using those five steps, I’m officially a musician with four  — count ’em, four — albums to my credit.

What do you want to achieve?

The path is clear.

Start doing the above steps today and tomorrow you may hear the words you long to hear.

PS – You can listen and even download the title track to my new album, titled “The Healing Song,” at http://www.TheHealingSong.com Grammy winner David Darling composed and played the beautiful cello music on that track. Give it a listen.

PPS – Here’s a short video of famed drummer Joe Vitale talking about my improvement (on the new album, The Healing Song) since the recording of my first singer-songwriter album (Strut!) just eight months ago: