How do you transform?

How do you make such a dramatic change in your life that the new you is clearly different than the old you?

How long does it take?

Is it even possible?

Some people have to hit bottom before they change. Some never do. Others do it spontaneously. Still others do it intentionally.

I’m interested in the last group; those wonderful souls who choose to transform. If you’ve been wanting to make a change in your life, this subject might interest you, too. So let’s explore it.

Three weeks ago today I completed the Bill Phillips Transformation weekend. It’s a three day kick start on a twelve week program to transform your life, focusing on your health. I love the program, have already had dramatic results,  and see principles in it that you can use to transform your life in any area.

Let’s talk about it… 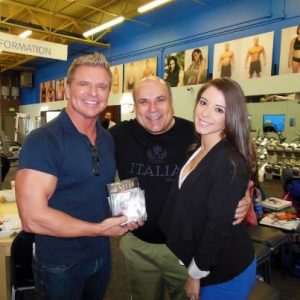 I’ve been a fan of Bill Phillips since he started the famous Body For Life fitness contests back in 1996. I entered and completed five of them in a row back in 2004 and 2005. It took discipline and commitment and I gave it my all. 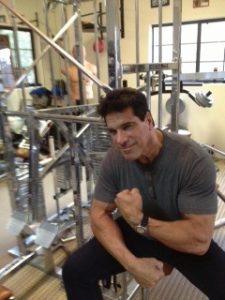 The Great Lou Ferrigno in my gym

When I met Bill Phillips the first time years ago,  I told him how he influenced my life. He flattered me by saying he had studied my marketing materials and that I had influenced him, too. It was an unforgettable moment for me. 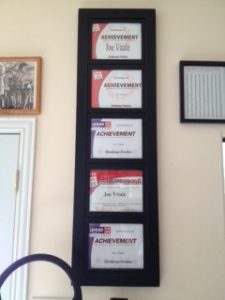 But that was almost ten years ago. Bill Phillips moved on. I grew older. I lost touch with him and his wisdom. As I approached the age of 60, and felt my body age and my waist line grow, I wanted his help again.

But as Bill Phillips says, dieting is like holding your breath. When you come up for air, you’ll devour everything in sight.

I knew you had to change the inside before your outside would change. After all, that’s the core of my message these days. For that reason, I’ve gone through a long list of self help processes, including personal work with the amazing Morty Lefkoe.

And now I wanted and was ready for the complete package. I wanted the dramatic and long term results I had gotten on the Body for Life program, only with any updates in transformation since those days long ago.

So I did the only logical thing: I Googled Bill Phillips.

Turns out Bill is doing great, looking great, and still inspiring others through something he calls Transformation Camp and the Transformation Challenge. It didn’t take me long to decide to register for his three day weekend and be trained personally by him.

Bill trained Clint Eastwood, Sly Stalone, Whoopie Goldberg, the Denver Broncos and other celebrities and athletes. Having the chance to train with him personally would be worth whatever the investment. I’ve met movie stars and super stars and worked out with their celebrity fitness trainers, but I was more excited about being with Bill than anyone else.

And I wasn’t disappointed.

Bill is warm, wise, relaxed, supportive, inspiring. He loves scientific research and quotes it as easily as others quote sports scores or jokes. He’s also a great storyteller, and openly shares his personal struggles.

For example, Bill had a near death experience when he almost drowned in Hawaii. It shattered his world view. It triggered a quest for him to study esoteric literature and ancient spirituality. He traveled around the world, visited healers and mystics, and probed for the secrets of the universe.

He also fell down the stairs in his home and broke both his legs. That experience caused him to put all his life research and life experience – everything from fitness and spirituality to psychology and metaphysics – into an entirely new program. It’s what he today calls Transformation. 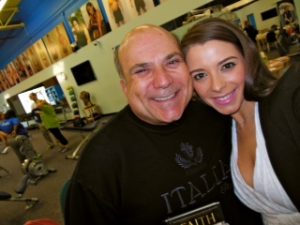 Of course, Bill’s seen these transformations firsthand and been the catalyst for a staggering amount of them. Not a few hundred, but a few hundred thousand.

His earlier book, Body For Life, influenced a million people. His later book, Eating For Life, is still a bestseller. His latest book, Transformation, is picking up where his earlier work left off. 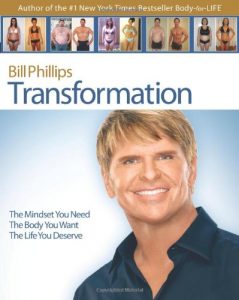 I’m used to Bill’s evidence based approach to proving his methods. I still recall flipping through the pages of his popular magazine from a decade ago, Muscle Media. It was packed with pages and pages of before and after photos of people who had dramatically transformed their bodies and their lives, in only twelve weeks. Bill’s gym in Denver, Colorado also has before/after pictures.

The evidence that change is possible is overwhelming.

Today Bill focuses on a more all encompassing transformation. Health and fitness are still a focus, but not the only ones. He’s less concerned about muscle building and more focused on inner life building. His whole being approach to transformation is about taking control of your entire life, not just what you see in the mirror.

And today Bill is offering it on a smaller scale. Once a month he personally trains, inspires, and guides thirty people in his Transformation Center in Denver. Every weekend camp sells out in advance. Besides the three day intensive, Bill’s team offers ongoing support by email and on Facebook for another twelve weeks.

It’s clear to me that Bill is on a life mission. He doesn’t appear to care about financial reward. He cares about you. And me. He’s donated over two million dollars to the Make-A-Wish Foundation. This is a man who cares about people.


And that’s why I joined his Transformation Camp three weeks ago. I’m going to respect the privacy of the thirty people in the weekend with me and Bill. I’m not going to describe our experiences. They were personal, and my group is now a support team. I love them.

Let’s just say that when I walked in the door for the first day of Transformation, and was met with Bill’s sister making me pancakes, I knew I was in the right place. (They were protein pancakes, tasted delicious, and the recipe is in the book, Eating For Life.) 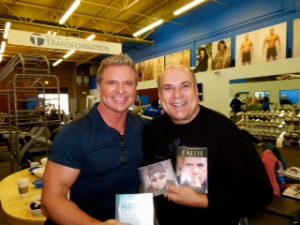 Bill Phillips and my new book and new music

But let’s go back to the questions I asked about how people change. Since the other questions were answered in this post, let’s just look at the key one: How can you transform?

There are five key steps to transformation:

“No matter who you are, no matter what you do, you absolutely, positively do have the power to change, and no one can take that away.”

The path is clear for you or anyone to begin their own transformation.

It all begins with step one — a decision.

PS — I fully endorse Bill Phillips and his Transformation Challenge. I am not an affiliate for anything he offers, but I fully recommend all of it. For more details, go to http://www.transformation.com/ or send an email to [email protected]


PPS – Here’s a bonus for you. It’s Bill Phillips giving some advice. Enjoy.