A lot of people didn’t ask about Joe Vitale recently (ha!) so I figured I would post a few highlights just in case someone gets curious about what I’ve been up to. 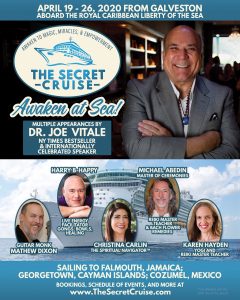 A few months ago I spoke to a crowd of thousands in Moscow, Russia. Another in Kiev, Ukraine. Also spent thirty days in Italy, resting, working, speaking at events, book signings, being interviewed, and more. Also went back to Thailand, to speak at another event for my once homeless now billionaire friend Andres Pira. Also went to London, where an interview I did for LondonReal became a smash hit and brought me tens of thousands of new followers. I’m going back to Dubai in a few months. And I’ll be going back to Italy, Kiev and London in 2020. And I’m headlining a cruise next April. (See video above) 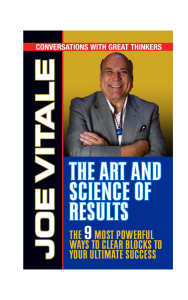 I have about nineteen books I started writing. I might even finish a few of them. Also created new online courses, many of which are at Vitale Life Mastery. Many are free. There are some big ones, too, like Awakening Course 2.0. And of course I helped Andres with his book, and it’s now available at Amazon, called Homeless to Billionaire. And look for a powerful new book and audio program by me in 2020, called The Art and Science of Results. I love being productive and prolific, but admit this year has been too chaotic to do as much as I’d like. (More about that in a minute.)

Been filmed for several more movies. Even filmed several episodes for my own new television show. A film crew flew in from Italy to film me for their movie on forgiveness. I was flown to California to film a new course on Awakened Millionaire thinking. I’m impressed with how many movies I’ve been in since the hit movie The Secret came out in 2006, mostly because I think of myself as solely an author, not a talking head. Of course, I even got to be an actor (!) in a short film that won some awards. I’m waiting to be called to act in a movie with Bruce Willis. 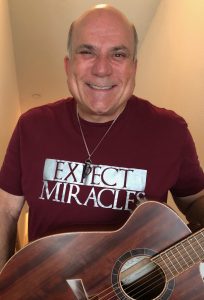 I’m still writing new songs, playing guitar, and keeping the musical flow at least alive if not in full bloom. I’ve also been on stage as a solo singer-songwriter, and performed live with my Band of Legends. I also have six singer-songwriter albums out. And about seven more albums of instrumental music with Guitar Monk Mathew Dixon. My private lesson with rock icon Melissa Etheridge continues to inspire me. And most recently I’m working with a beautiful singer to create original songs of love, hope and joy. 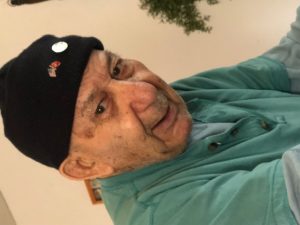 Lost my father last April.  At 93, we knew it would happen eventually. But the real thing is still a shock. I was able to make him an author for his 90th birthday, and again at 91, and again at 92, so I feel complete with him in regards to giving him something he accepted and loved. But I miss him. That was followed by more tragic news, most which I can’t share without hurting family members. Believe me, I’ve known grief.

The past year has been the most turbulent of my life in decades. Not just grief, but anguish. I walked the streets many evenings feeling despair. Yet during the day I’d smile and post happy Facebook and Instagram photos and videos. It’s been intense. I imagine I’ve been the caterpillar struggling to break free. I’m ready to fly as a beautiful butterfly. It’s also a reminder that there is always inner work to do. We all need to keep peeling the onion and getting clear. Even you. Even me. 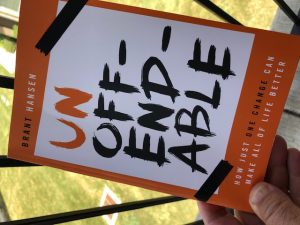 I’m always following my passion and curiosity, most recently into the world of Stoicism. The philosophy of Marcus Aurelius and the old Stoic gang has kept me alive. Literally. I think it needs updated with current science, and blended with Law of Attraction principles, but it’s priceless for getting me through my day. Thank you, Marc. 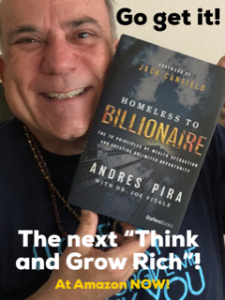 In my desire to be whole and healed, I still reach for anything, no matter how wild, to get me through. I’ve found new healers and explored distance healing, past life karma, clearing forces of darkness, karmic bindings and more. I have found some gems, like Kalyn Cal Bennett, who sends you text messages as she clears your karma, and Dr. David Holt, who works with the hidden unconscious to release stubborn blocks. I still rely on original Miracles Coach Mandy Evans – who has known me since 1985 (!) – to help process the big issues of my life. I’ve also called on Jesus and the Christian tradition – anything to save me and my loved ones from darkness. 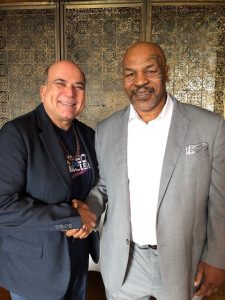 I’m a bookaholic. I always find wisdom and comfort in books. Even with all this year has brought to me to process and clear, I’ve found time to read. Some notable gems include – 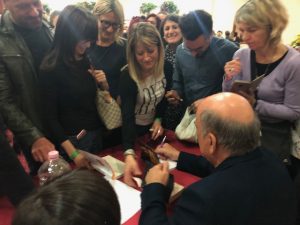 Despite a turbulent year of uncertainty and change – and at age 65 – I am soaking up the joy of a divine connection with someone who wants love, lust and laughter as much as me. As circumstances unfold, I’ll share the specifics of this news with you. For now, let it be known that love is alive and love is good.

Aren’t you glad you asked?

How have you been?

PS – An excerpt from the Joe Vitale LondonReal TV interview where I discuss ho’oponopono and Zero Limits and more:

PPS – And for the rare critic, or for anyone needing an inspirational kick in the pants, consider…