I personally don’t think it’s such a big deal. It’s simply what I do.

But I’ve noticed that when people get close to me, they also begin to get things done faster than ever before.

Why do some people never start a project, others take forever to complete them, and others never finish them – yet I and those close to me start and complete at warp speed?

For example, my wife, Nerissa, just completed her first book, a cookbook titled Bread-Free Bread. It consists of almost 80 recipes, all of them created from scratch. They reveal how to make “breads” out of vegetables, seeds and nuts. The book is already a bestseller.

But here’s the interesting part: she landed a publishing deal and began the book project before signing it, worked night and day for two months to create, develop, test and retest the recipes, as well as take color photos of each dish.

Nerissa has a bestselling cookbook

And she did it while having two surgeries, selling rental property of 17 years, buying a new home for her mother, having bathroom remodeling and construction workers interrupting her, losing our beloved cat of 15 years, and maintaining her activities in local politics.

But how was this possible?

Guitar Monk Mathew Dixon is my partner on several music projects, such as Aligning to Zero.

When I told him I had an idea for more original healing music, created with my baritone clearing electric guitar, and with prayers read by me, we took action and broke the speed of sound.

We created all tracks, from zero, in about four weeks.

A few weeks later, we were selling the album.

Some musicians take years to get their first album done.

Some never do it at all.

How did we do it so fast?

These stories of time distortion and instant results don’t stop there.

As you may already know from a previous blog post, I heard a baritone saxophone for the first time in January of 2014.

I bought a vintage bari sax in February.

In March I started playing, improvising, and learning.

Thanks to my music producer’s belief in me – Daniel Barrett said I have a supernatural connection to the sax – I was in the studio recording an all sax album in October.

In November – yes, this month – barely ten months from first hearing the bari sax – I completed it. 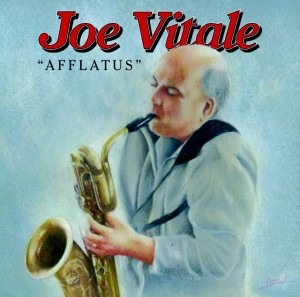 And by the way, that’s my tenth album — in just over three years.

What’s my secret to instant productivity?

I treat ideas as gifts from the universe.

When they arrive, I do my best to act fast, if not instantly.

I also watch my mind for any excuses or doubts, and remove them at once.

The more I am clear, the faster I can create.

“The more I am clear (of limiting beliefs about what is possible), the faster I can create.”

And I surround myself with people who encourage and believe in me.

The result is a win-win.

I get projects done, and others around me are inspired to get things done, too.

It ignites fire in others too. 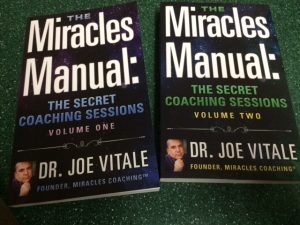 Well, the Universe likes it, too.

The faster you do, the faster everyone benefits.

And lest you think I am producing mediocre work by moving so quickly, keep in mind that several of my songs have been nominated for the Posi Award (considered the Grammy’s of positive music), my music video called “Be Kind” has been seen (at recent count) over 90,000 times, my albums with Mathew are all best-sellers for us, and the team that helps me create my singer-songwriter music are celebrity musicians, award winning musicians, and even one musician in the legendary Rock and Roll Hall of Fame. I’ve even had three Grammy winners involved in one album.

And my books – such as The Attractor Factor and Zero Limits – are bestsellers around the world.

I am producing top quality at top speed.

A few years ago I was invited to be on the cover of Austin All Natural magazine. I decided I would create my first album in three months, and feature it as the cover story. It would announce my debut as a musician.

But I also went to Mathew Dixon, and to singer Sarah Marie, and told them if they, too, completed new albums within three months, I’d see that they were included in the magazine.

We could support each other.

We all went to work.

Remember, we each started from nothing.

And we each had the same three months to get our albums done.

We completed our albums and were featured in the issue.

This is the secret of great productivity:

Light a fire in your heart and let the flames of passion drive you to completion.

Knowing that others have done this helps you erase any mental limitations that may have been slowing or stopping you.

Doing it with others, or with others who believe in you, also collapses time, excuses, and perceived limits.

Truth is, I don’t know that we have any real limitations.

But what fun it is to test the limits.

Light a fire and burn.

PS — If you want help in achieving and attracting your desires, check out Miracles Coaching.