How to Survive the End of the World Later This Month

I wasn’t going to mention it but several people — especially fans in Russia, Poland, Italy and Peru — have asked me about the “end of the world” later this month, scheduled for December 21st. Take it or leave it, here’s what I think: 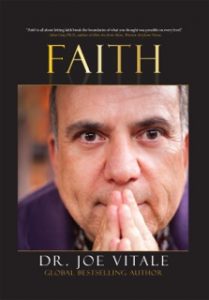 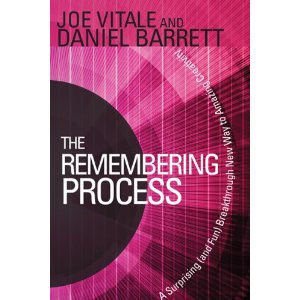 Remembering the future past...

Obviously, I believe there’s a future ahead of us.

But how can I think that when the Mayans allegedly said December 21st is “game over” day?

Back in the late 1990s, I became dismayed when people I respected began to worry about Y2K, the computer malfunction that was going to cause Armageddon, or at least a few bad nights. I knew at the time the fear was ridiculous.

How did I know? I didn’t. Not in any logical way. But nothing about it made sense. It sounded like yet another doomsday prediction, created and passed along by people being victims to their own mind’s paranoia.

Of course, Y2K came and went, and we’re still here.

See PS below for "End of World" Sale

Throughout history there have been predictions about the end of the world.

None of them have ever occurred.

For example, here are a few non-religious ones (the religious doomsday predictions would take forever to list, which seems rather ironic, as they don’t claim we have forever) –

Meteorologist Albert Porta predicted the conjunction of 6 planets would generate a magnetic current that would cause the sun to explode and engulf the earth on December 19, 1919.

The Hermetic Order of the Golden Dawn predicted the end of the world in 2010.

Even the Mayans didn’t have a track record of success.

According to the book, History’s Worst Predictions, by Eric Chaline —

“The truth is that even by the standards of ancient peoples, the Maya were technologically backward. They lacked the wheel, the arch, the plough and domesticated animals; they fought each other and ruined their environment. Did the Maya foresee their own collapse in the ninth century or the Spanish invasion in the 16th? Or have cataclysmic events happened on key dates in their future-oriented calendar? No.”

And if you want even harder evidence about the “end of the world” later this month, here’s what NASA says on their official website:

“For any claims of disaster or dramatic changes in 2012, where is the science? Where is the evidence? There is none, and for all the fictional assertions, whether they are made in books, movies, documentaries or over the Internet, we cannot change that simple fact. There is no credible evidence for any of the assertions made in support of unusual events taking place in December 2012.”

So, what is the logical and intuitive best guess for December 21st?

But let’s not give up our fear just yet. Maybe we can learn something here.

Did the Mayans have something else to tell us about the December 21st date?

According to some interpretations of Mayan prophesy, December 21st will mark the end of “the dark cycle and the start of the Cycle of Light:” an era of new thought that incorporates a blending of beliefs from different cultures.

Doesn’t sound like the end of the world to me at all.

But the truth is, I doubt even the “light cycle” will come into being.

Thinking there is a before and after is what the mind likes to create to structure life experience. But life isn’t black and white. It’s more like a rainbow. And it’s all happening at once, right now, whether you think it is or not.

And so it goes.

The Dark is here. So is the Light.

It’ll be the same on December 21st.

Our human nature is such that we let our minds chase us up trees and down streets, even when nothing is chasing us. That’s the nature of our minds.  It is programmed to look for danger, then to protect us from it. The thing is, it perceives danger in any unknown. The future is unknown. So of course it will fear it. 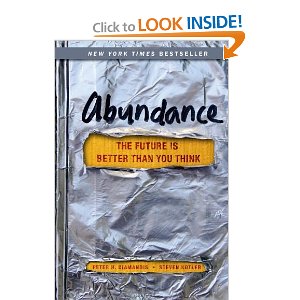 The Future Is Better Than You Think

The Mayans didn’t predict the end of the world. Not at all. They didn’t really predict anything. As one friend said, they simply stopped making calendars.  That’s it. There is no more significance to the date than that.

Here’s my disclaimer and advice:

Should December 21st come around and you and I are gone, then you won’t know the fear-based prediction was right and my faith-based one was wrong. We’ll be dead. Curtain down. Music over. Exit vaporized.

On the other hand, if December 21st comes around and you haven’t paid your rent or stocked your frig, thinking you wouldn’t need to, you may find yourself on the streets. That’s a far harsher reality than fearing the future. Been there. Done that.

You best assume the world will continue and proceed as usual, except with more attention to your intuition and your passion, as it is your spiritual compass to better times.

If nothing else, use all this focus on “end times” as a time to awaken. Notice your thoughts, your mindset, your habits, and your fears, and focus on how you would like things to be. Here’s your chance to wake up.

Finally, here’s my bottom line thought on all this:

It seems to me that doomsday predictors aren’t very bright. The odds are stacked against them. None of them have ever come true. Ever. It’d be far wiser to predict the world continuing. So that’s my prediction: The world will generally continue as it is, slowly getting better and better, with a nice upward curve reflecting its spiritual growth.  I also predict the sun will shine and the moon will rise. My predictions are never wrong, either. I’m so psychic, I know you’re reading this. So there.

I suggest you get up and do the thing you would do if you were full of power and faith, and believed in tomorrow. And do it today. Right now.

See you later this month.

PS – I’m holding an “End of The World Sale!” For only $59 — the age I will be later this month — you can have more than $300 worth of a-maz-ing products for yourself, or to give as gifts to family and friends. Obviously, this ends when the world ends, or at the end of this month, or when supplies run out. Whichever comes first. You best hurry. Go get the details at http://www.HypnoticBirthdaySale.com Happy Holidays!