The Shocking Truth About Creativity

The sudden burst of a creative new idea electrifies me.

It’s an orgasmic rush to feel the birth of a new book, or song, or product, or online course.

But there are a lot of misconceptions about creativity and being creative.

For one, most people sit around and wait for inspiration to wallop them over the head with an idea.

And they expect the idea to be fully developed and ready for release to the public.

But is that how it actually happens?

When I had my private songwriting lesson in the home of rock icon Melissa Etheridge, she advised, “Never write without being inspired.”

But how do you get inspired?

She went on to explain how she gets inspired.

She walks in nature, reads biographies, reviews songs and poems, and more.

In other words, she invites inspiration. 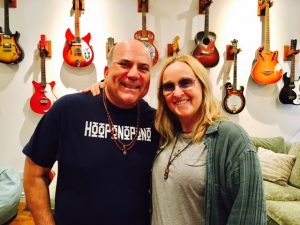 Jack London was more macho about it.

He said, “You can’t wait for inspiration. You have to go after it with a club.”

Considering he wrote over 50 books, and some (White Fang, The Call of the Wild, Martin Eden) are considered classics of literature, he knew what to do to nail creativity.

I’m a fan of inviting creativity, too.

I read, listen to music, allow my mind to reflect, sit in the hot tub and look at the stars, meditate and more

But here’s the thing no one seems to get.

Receiving creativity is one thing; developing what you receive is another.

For example, I was reading the new book The Creative Curve by Allan Gannett and began to get the idea of writing this post.

My mind was “ignited with an idea” and I let it float through my mind.

But then I went here and started explaining my idea.

In other words, the sudden inspiration for an idea is a birth; but you have to grow and develop the idea into something that you can share.

Melissa Etheridge also told me that after I got an idea for a song, I “get” to develop it with music, melody and more.

She stressed the word “get.”

Some people complain that they have an idea for a book or a business, but now have to do the work to bring it into being.

It’s a shift in perspective.

With this very blog post, I’ll probably rewrite it fifteen times, or more.

For example, according to Gannett’s book, Paul McCarthy worked on his famous song “Yesterday” for almost two years. (!)

He didn’t just receive inspiration and release a song.

And worked some more.

The result is considered a masterpiece.

But it didn’t arrive in his mind as complete and finished.

All he received was the seed.

After twenty months of this process, he created what we all know and love as the famous song, “Yesterday.”

He got flashes of ideas and then worked at the keyboard to grind out what worked and didn’t.

I remember reading that the late Leonard Cohen often worked on a single song for ten years.

The shocking truth about creativity is that getting an idea is simple birth; you still have to raise it, much like making a baby is a thrilling explosion of delight, but now you have to change the diapers, feed it, raise it, and send it to school.

If you really want to be creative, you have to invite inspiration, and then go to work.

Take the seed and grow it.

When Daniel Barrett and I wrote the book, The Remembering Process, we wanted to share a new way to invite creative expression and creativity. 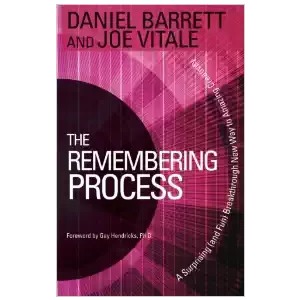 But after you receive a vision, or an inkling of what to do, you still have to develop it.

The creative idea isn’t the end.

The creative idea is the beginning.

And that’s where you “get” to be the parent of creativity.

For example, when I stated an intention to create the album, Sun Will Rise, I had to use everything to receive the ideas for each song.

But then I also had to write and rewrite those songs.

And then I had to get my Band of Legends together and record those songs.

And then we had to tweak and improve those songs in the studio.

And then we mixed them, and mastered them.

I didn’t just “get an idea” and quit.

This is the shocking truth about creativity.

Let me give you a maybe more startling example: 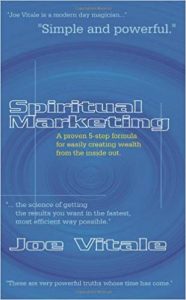 Back in 1997 or so I wrote a little booklet called Spiritual Marketing. I wrote it for my sister. I got the idea that maybe I could help her by explaining a process I had learned that took me from homeless to wealth. The little booklet explained a five step formula for attracting wealth. I never promoted it, and I kept it secret; only handing it out among friends and people I met and trusted. One of those friends was Bob Proctor, who convinced me this little booklet was a gem.

I could have stopped there.

A new print-on-demand publisher approached me around 2002 and asked if they could print something of mine. I gave them Spiritual Marketing. But before I did, I rewrote it, expanded it, added more content to it, and developed it into a more mainstream full length book. That book became an Amazon bestseller and was mentioned in a New York Times article.

And I could have stopped there.

Then, around 2005, a major publisher approached me about publishing Spiritual Marketing. But they didn’t like the title. So I changed the title, rewrote the book, added even more content to it, and released it as The Attractor Factor. It was that very book that got me invited to be in what became the hit movie The Secret.

But this evolution of an idea didn’t stop there.

The publisher loved the book but wanted to print a newer, expanded, more workbook oriented edition of it. So I again added to the book, enriched it, added quizzes and worksheets, and saw it published in 2008. That book is still a bestseller today. 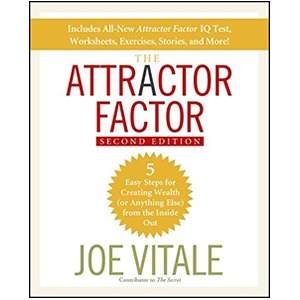 Do you see how this process works?

I didn’t receive an idea and stop.

I received it, developed it, and kept developing it.

What I keep preaching is that life is a co-creation.

It’s a dance of energy.

You receive an idea or inspiration.

But it will just sit there unless you take action to breathe it into being.

They all began as ideas from being creative, from allowing creativity; but none of them would be available had I take not taken action to create and manifest them.

So, how do you be more creative?

How do you practice creativity?

And by acting on that inspiration.

Now go forth and blossom.

You have work you “get” to do.