I’m not actor Bruce Willis, and I’ve not met him yet, but I know something he may not.

It’s a way to use your mind to attract what you want.

It’s actually a very cool way to speed up the manifestations of your goals, desires and intentions.

Recently a woman was about to interview me, but couldn’t calm down.

She was going gaga for me.

I certainly know the feeling of being star struck in the presence of a celebrity.

I was that way with rock icon Melissa Etheridge.

I was that way with actor James Caan.

Same when actor-bodybuilder Lou Ferrigno came to my house.

If and when I meet Bruce Willis, I’ll probably be star struck with him, too.

At least for a few minutes.

I propose the reason you and I are in awe of stars we like is a clue on how to manifest what we want faster.

So give me a moment to explain.

Last year I was invited to act in my first indie movie.

A woman came to my music show last July at The Townsend in Austin.

She heard my Band of Legends and me and afterwards invited me to act in her movie.

I haven’t acted since kindergarten. I was one of the three little pigs in a kids’ play.

But I told this delightful woman I’d do it.

It was the movie Cecilia. 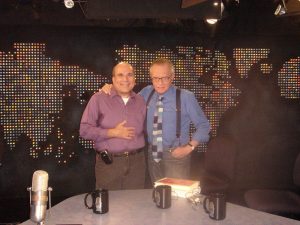 When you see it, you might experience the manifestation strategy I’m wanting to discuss here.

But even if you don’t see that movie, maybe you saw me in the movie The Secret.

If not, I’m in about 15 other movies, with three more coming out this year.

And of course I’ve been on Larry King Live national television, twice.

All of this public exposure is making more people recognize me.

And when they do, some are star struck.

I remember landing in Peru and a bunch of people ran up to me.

It spooked me because some of them were security guards.

I thought something was wrong.

But no, they wanted to meet a star from a movie.

So let me get back to explaining:

Our brains “brand” this emotion onto our minds.

We “link” the visual of seeing our favorite star with the emotion of what the movie is triggering in us.

Then, if we ever see our star on the street, the mental switch is triggered. 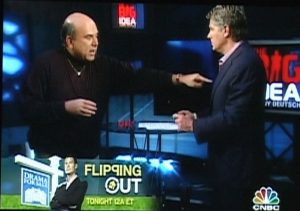 And we go gaga.

If you don’t know a celebrity, and he or she walks by, you won’t think anything of it. That star hasn’t been inputted into your brain to have any meaning.

But if you see a celebrity that you go gaga for, that you watch in all their movies, that you feel love for, you will flip out.

This is “Bruce Willis Manifesting.”

The movie star has activated the Reticular Activator System or RAS in your brain.

Your RAS responds to emotion, imagery, and repetition.

Anything you think about with emotion, imagery, and repetition will act as a new program in your brain.

And you will unconsciously use the Law of Attraction to bring it into your life. 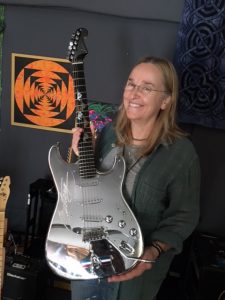 So, if I see Melissa Etheridge on stage, and on television, and on DVD, and I watch her moved by the emotion in her songs and her performances, and I do this repeatedly for two decades, then the day I meet her is going to feel like lightning struck my spinal cord.

And that’s what it felt like when I went to her home for my songwriting lesson with her.

I was star struck.

My RAS had been “Melissa Etheridge” programmed

So let’s take this concept to a deeper level.

I’ve seen all his movies, bought all his music, and follow his career.

His movies, from Die Hard to 16 Blocks to Death Wish, all do something for me. (16 Blocks is one of my all time favorite movies.)

Whenever I get to meet him, I’ll probably be star struck and silent, at least at first.

“I’m really just a regular guy who has had an incredibly blessed life.” – Bruce Willis

Because he’s branded in my brain with the three ways you engage your RAS: imagery, emotion, repetition.

This imagery, emotion and repetition has wired Bruce Willis in my mind.

But you can use this “gaga” switch of the mind to attract more of what you want.

And this is where you should take notes.

You can use this “Bruce Willis Manifesting” Secret

I’ve written about this formula in numerous books, including the brand new one, Anything Is Possible. 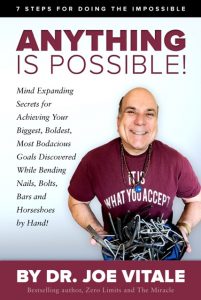 You have just used the three step system that stars innocently use to get in our heads: imagery, emotion, and repetition.

It’s also the same three things that your RAS requires to make a change.

So we can thank our favorite stars for showing us a way to control our mind.

One way to make this formula work is to create a mental movie of what you want, complete with the sensory experience of imagining that it is all complete and real.

In other words, when you watch a film on television or in the theater, your mind is being programmed.

You are seeing a visual, feeling emotion, and repeating the experience throughout the film.

But you can use this same technique to program your mind intentionally: by creating a mental movie.

By Creating a Mental Movie!

And instead of feeling like a star struck little child when you meet your favorite star, you can thank them for showing you a way to manifest what you want.

What will you create next?

Make a mental movie of it and step into it.

And then, Expect Miracles.