My latest book, Karmic Marketing, became a #1 bestseller the very day it was released.

The next day, it hit yet another bestseller list.

And the day after that, yet another. 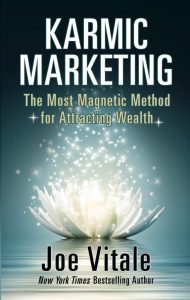 What’s interesting is that I didn’t even try.

I told my followers via email and social media; the rest was an organic response.

Why has every successful person in history – from
Seneca, Ford, Carnegie, Barnum, Rockefeller and Getty to Bezos,
Musk, Gates, Buffett and Zuckerberg – used this secret?

The book reveals how to become a “wealth magnet.”

The secret is pretty controversial, even if it’s been proven throughout history to work.

Go get Karmic Marketing on Amazon right now in hardcover, paperback or for your Kindle reader.

PS – News Flash: I have a weekly online television show beginning in 2022! It’s all about “Zero Limits Living.” Follow me on Instagram for updates. I’m DRJOEVITALE there and on Facebook. 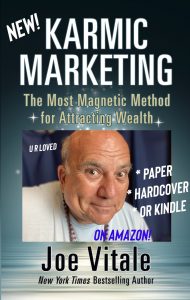 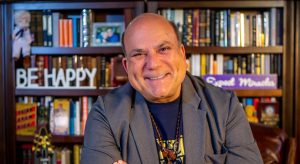