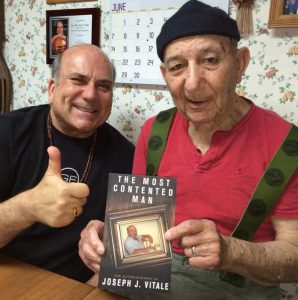 I’m a friend and a fan of Body-for-Life Hall of Fame fitness legend Bill Phillips, author of Transformation and other bestselling books, but I’m not an affiliate for anything he offers or sells. I’m writing this to share my personal experience with his new supplement, GHX10, which is supposed to help increase your Human Growth Hormone.

I used to take a bucket of them (supplements, not ads) every morning.

For years, I spent thousands of dollars on a prescription to help increase Human Growth Hormone.

I was over 50 and approaching 60 (and am now over 60) and was seeking the Fountain of Youth.

Feeling frustrated by the lack of results, and disappointed by the misleading claims, and tired of paying all that money every month, I threw it all away.

I decided I would simply eat clean, workout, pray, and hope for the best.

Of course, I rediscovered Bill Phillips two years ago, attended four of his fitness camps in Denver, and have been working his program daily. 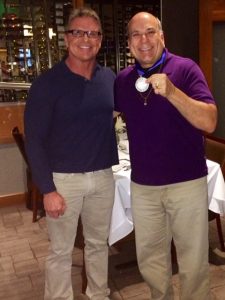 It was created to help you increase Human Growth Hormone, a major key to rebuilding your body, releasing excess weight, and feeling youthful.

Bill says it can help increase Growth Hormone up to ten times.

He adds, “GH10x is an all-new, scientifically designed, nutraceutical – a natural supplement with medicinal like effects.”

Because I trust Bill, I ordered enough GH10X to try for a month.

Since it’s simply a powder you add to a drink, it was easy to try.

The first night, I slept better than I had in years.

And my dreams became more vivid, colorful, and memorable.

The next morning my workout was stronger and more intense, with more endurance and less exhaustion.

But I thought it might be a fluke, so I kept the experience to myself.

Three weeks later, I noticed that my muscles seemed bigger.

A month or so later, my wife said, “Look at your arms!”

And then when a service person came to the house to do a repair, and I saw him glance at my biceps (I had been in my gym and was wearing a sleeveless shirt), I knew something was working.

I went in the bathroom and took a selfie.

My muscles are bigger. 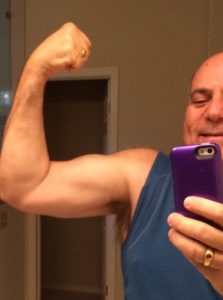 Bill is quick to point out that his supplements won’t work for you if you don’t exercise.

Adding the new supplement seemed to turn on the after burners, push some sort of kick start nuclear blast button in my body, and engage my body-mind-spirit to fire up the back engines and sprint ahead.

Again, I’m not an affiliate for it and I don’t make a cent if you buy it or not.

I’m just sharing my personal experience of using it.

For the record, the only other supplement I take these days is Strongevity, also from Bill Phillips. It’s described at http://eatingright.com/collections/strongevity-rx ( I’m not an affiliate for it, either.)

PS  –  My posts about training with Bill Phillips are at —