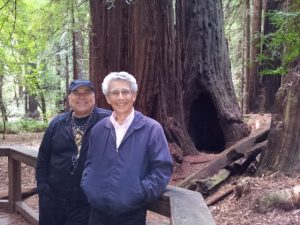 Which of these mistakes do you make with the Law of Attraction?

1. Thinking imagining what you want is enough.

2. Trying to attract a specific person.

3. Focusing on the material only.

4. Focusing on the spiritual only.

5. Working with affirmations only.

Truth is, there are many mistakes when it comes to using the Law of Attraction. It’s usually because most people don’t have a complete understanding of it. They saw the movie The Secret and thought they got it, when all they got was an introduction to it. 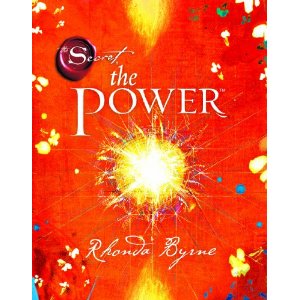 So what’s the truth?

1. Imagining what you want is a great way to program your unconscious but it’s only a first step. You still have work to do. That’s where the Law of Right Action comes into play. Do something to assist the attraction of what you want. Rhonda Byrne created the movie The Secret with more than the Law of Attraction; she didn’t just sit and dream about it. She took action. (She’s taken more action recently, as her next book, The Power, will be out in August.)

2. Trying to attract a specific person is a violation of free will. Your task is to focus on the qualities you want in a person. Then let the Universe bring your match to you. After all, it has about seven billion people (!) to draw from. It’s an ego trip to think you have selected the right person for you, when you don’t know everyone in the pool.

3. Focusing on the material, in attracting new cars and more cash, is fine, as long as you know it’s a temp high and a mask for the real juice of life: the Divine. Don’t focus on the car, but on the feeling behind the car. That is Divine. 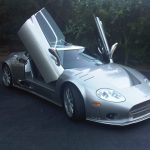 4. Focusing on the spiritual or metaphysical often creates a nasty “spiritual ego” that judges everyone else as lacking and needing more meditation, spirituality, etc. It’s the worst ego of all. It gets mesmerized by the invisible and overlooks the visible; it judges the material as bad, not realizing that everything is spiritual.

5. Affirmations are one way to plant a new idea in your mind, but affirmations usually don’t go deep enough to create change. You need to get into the unconscious mind. To do that you may need deeper work, more clearing, or coaching.

Most people who try to use the Law of Attraction are basically wanting to click their heels together and have their intentions manifest before their eyes. While I believe in magic and miracles, I also know too many people self sabotage their own desires and deceive themselves; they trick themselves out of their own good.

The goal of life, as I’ve said many times, is to awaken.

One of the first steps is to awaken to the deeper aspects of the Law of Attraction.

Yes, you can most likely have whatever you can imagine, usually not by thinking about it alone, though, but by adding action, positive belief, and more.

I’ve covered this at length in recent books, and in recent audio programs, such as The Secret to Attracting Money. I’ll be doing it again in my new audio program, where I explain how to move from the Law of Attraction to the Law of Creation.

For now, yes, learn more about the Law of Attraction, but also be sure to actually use the Law of Right Action and do something. Life is a co-creation, which means it needs you to help attract the results you want.

PS —  As I mentioned above, Rhonda Byrne is still taking action. Her next book will be out in weeks. I haven’t seen it yet but the publisher ordered a first print run of two million copies. That’s staggering. Obviously, they expect it to do well. It’s called, The Power. And I’m sure Rhonda didn’t get it written or published by only thinking about it. She knows “the secret” alright, and it’s much more than just the Law of Attraction.

The famous self-improvement company, Nightingale-Conant, just released it’s fourth product by me. I’m proud beyond words and had to share the news with you. The fourth program is The Awakening Course. Here’s the ad in their latest catalog showing my first three programs: 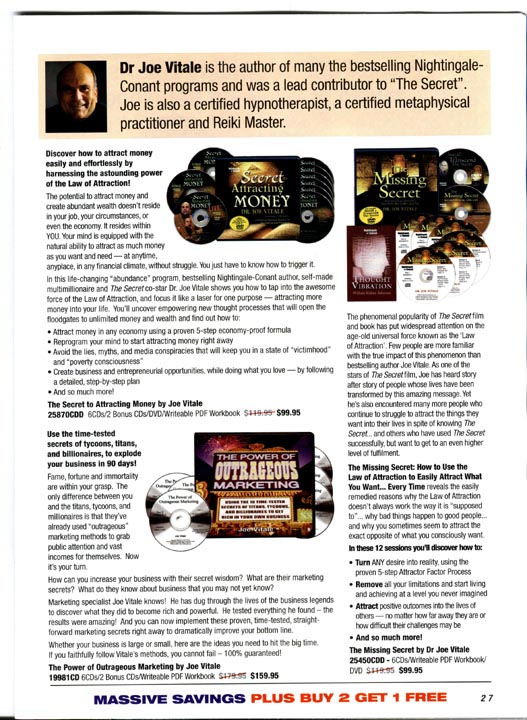 I just returned from my third visit to Poland. I love the country. The people are warm, generous, loving and lovable. They are into the Law of Attraction, the movie The Secret, and of course The Secret to Attracting Money. Here are some photos to give you a feel for the place. I’ll go back again in a heartbeat.

Here I am with Andrea Kulcsar, who wants to translate my book Attract Money Now into Swedish and Hungarian:

Here I am with my dear friend Andrzej Batko, NLP and hypnosis master and author of a bestselling book in Polish on The Secret: 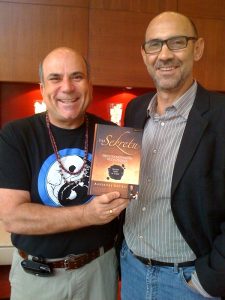 It’s not all work in Poland.

Here Nerissa and I pose for caricatures at the Baltic Sea: 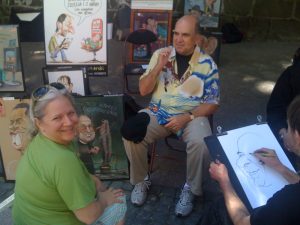 I’m presenting in Warsaw to a hungry crowd:

On a grounded Russian airplane turned into a diner outside of Warsaw: 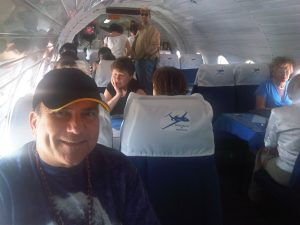 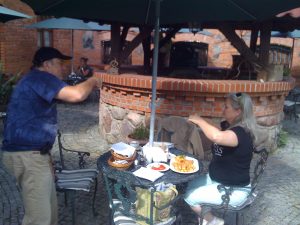